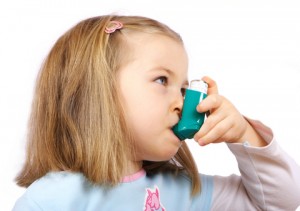 Risks to human health are present at every step of the fracking gas extraction process.  This includes the potential for contamination of drinking water sources through surface spills, well casing failures, blowouts, and other events; migration of drilling and fracking fluids during drilling or fracking or over time to ground water sources and aquifers through naturally occurring fissures, well blow-outs and well casing failures; noise and VAD (Vibro-Acoustic Disease), radioactive contamination and air contamination by emissions from venting, pipeline leaks, compressor stations and the intense truck traffic required over each well’s life-cycle.

Despite these known hazards, the oil and gas industry is exempt from important provisions of the Safe Drinking Water Act, the Clean Air Act, the Clean Water Act and other federal environmental laws. The absence of federal regulatory oversight has left it up to individual states to regulate this industry and adequately enforce those regulations.

There are toxic substances released throughout the fracking process

Many of the chemicals used in the fracking process are proven toxins.  These include benzene, ethylbenzene, toluene, xylene, naphthalene, polycyclic aromatic hydrocarbons, methanol, formaldehyde, ethylene glycol, glycol ethers, hydrochloric acid, sodium hydroxide, and others, which are hazardous if inhaled, ingested, or contacted by the skin and are considered caustic, carcinogenic, mutagenic, and teratogenic.  Of the hundreds of chemicals tested by Endocrine Disruption Exchange, they report that 93% of them affect health and 43% are endocrine disruptors. Endocrine disruptors are man-made chemicals that, when absorbed into the body, mimic hormones or block hormones and disrupt the body’s normal function. They have been linked to infertility, ADHD, autism, diabetes, thyroid disorders.  Even childhood and adult cancers have been found to be linked to fetal exposure to endocrine disruptors.  A report issued in March 2012 concludes that endocrine disruptors, even at low doses can have very negative effects on human and animal health.

In addition to the chemicals used in fracking, the wastewater that is a byproduct of the drilling process picks up salts, naturally occurring radioactive material, barium, magnesium and various other volatile organic compounds, which are also carcinogenic. It has been definitively concluded that the wastewater contains radioactivity and other toxic materials at levels that are frequently geometrically higher than the level that federal regulators say is safe for wastewater treatment plants to handle.

Toxic substances have near and distant harmful effects

Exposure to any one or to combinations of this very long list of toxins carries adverse health effects that are also well known and include virtually every system of the body. Known adverse health effects include neurological, pulmonary, gastroenterological, dermatological, immunological, hematological, endocrinological, ophthalmological, reproductive, and genetic illnesses and abnormalities. Intense or chronic exposure to some of these toxins and combinations of toxins can result in death.

The time course for manifestation of illness related to the toxins associated with gas drilling may be months, years, or decades.  Environment-related cancers can take 15 to 30 years to develop. In Louisiana, where the petroleum industry is well established, parts of the state are called “cancer alley” as a result of higher lung, liver and other cancers associated with the industry.

Contrary to the hard evidence, the drilling industry loudly proclaims that toxic exposures to those living near drilling sites, downwind from drilling sites, and downstream from drilling sites do not take place.  This follows a pattern by other industries, such as the cigarette industry, to deny very obvious health consequences of using their “product”. It has taken intense grassroots activism to bring issues like this out into the open.  In the 1970s the inhabitants of Love Canal finally succeeded in attracting attention to their plight only when they invited state and federal officials to visit their homes and to expose themselves to the noxious smells and visible chemical vapors and fumes that choked their throats and burned their eyes.

How gas drilling is hurting people and communities

Crystal Stroud was a woman in good health before drilling began. She then started to experience loss of hair, tremors, heart palpitations, stomach cramps, loss of balance and slurred speech – symptoms often described by people at other drilling sites around the country. After a thorough investigation, it was found that she had barium poisoning, which is extremely rare except for people who work and live near industrial sites.  Her well water was tested and found to be contaminated with levels of barium, chloride, strontium, manganese, lead, methane, radiological material, and radon. Her health improved somewhat when she stopped drinking her water.  Read more about how fracking has affected people’s health.

In Dish, Texas, Mayor Calvin Tillman reports that air pollution from drilling has ruined the quality of life for residents. They report problems with nausea, headaches, breathing difficulties, chronic eye and throat irritation and brain disorders. Results from the Ambient Air Monitoring Analysis done in DISH, Texas found high levels of multiple chemicals used in fracking fluid, including benzene, toluene and xylene arsenic, barium, chromium, lead and selenium in residential water wells. Given the absence of such symptoms prior to drilling and with no other reasonable source of contamination identified, these findings point to inadequate containment of drilling associated toxins, resulting in correlated adverse health effects.

A recent study from Duke University confirms one plausible mechanism for exposure and adverse health effects related to drilling by demonstrating a significant increase of methane levels in the water supplies of communities near drilling sites.

It is incumbent on our elected officials not to ignore this and other strong and compelling evidence. Recently one of the government’s top scientists, Dr. Christopher Portier, director of the National Center for Environmental Health concurred, saying, “Studies should include all the ways people can be exposed, such as through air water, soil, plants and animals.”

Catskill Mountainkeeper has put together a health impact resource library of studies and expert testimony that clearly shows what the negative impact will be on the public for decades.  The New York State Department of Environmental Conservation has been derelict in not including a Health Impact Study as part of their analysis of the effects of drilling on New Yorkers and New York State.

Click here for more resource information on the detrimental health impacts of fracking.

The negative health impacts on people is one more reason why based on extensive study and scientific evidence, Catskill Mountainkeeper has called for a ban on fracking. We are also working within the existing regulatory process in New York to raise critical issues, widen the discussion of the impacts of drilling, and expand the options available to protect the public.