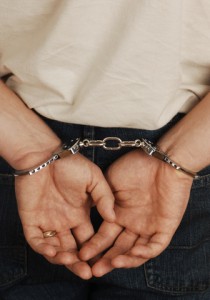 Shale gas development is dramatically denigrating the way of life in communities across the country.  It is putting strain on local infrastructures, bringing increased crime and drug use and adding burdens to law enforcement and local social services. Towns like Williston, N.D. have seen cases of theft, violence, abduction, sex crimes and domestic abuse triple.  In some towns, inflationary pressures are making rents unaffordable for long-time residents, particularly affecting seniors on fixed incomes.  Throughout the nation, communities are losing the close-knit character of their small towns.

The following is a compilation of news stories that report on the difficulties of life in communities where there is gas drilling:

As Oil Floods Plains Towns, Crime Pours In
New York Times, November 30, 2013
By Jack Healy
SIDNEY, Mont. – One cold morning last year, a math teacher jogging through her hometown in eastern Montana was abducted, strangled and buried in a shallow grave. Charged in her death were two drifters from Colorado, drawn to the region by the allure of easy money in the oil fields.

One hundred fifty miles away, in a bustling oil town in North Dakota, a 30-year-old man disappeared one afternoon from the street where he had been putting in water and sewer pipes, leaving behind a lunchbox with his paycheck inside and a family grasping for answers. After months of searching, his mother said she now believes her son is gone, buried somewhere on the high plain.

Stories like these, once rare, have become as common as drilling rigs in rural towns at the heart of one of the nation’s richest oil booms. Crime has soared as thousands of workers and rivers of cash have flowed into towns, straining police departments and shattering residents’ sense of safety….

An Oil Town Where Men Are Many, and Women Are Hounded
New York Times, January 15, 2013
WILLISTON, N.D. — Christina Knapp and a friend were drinking shots at a bar in a nearby town several weeks ago when a table of about five men called them over and made an offer.  They would pay the women $3,000 to strip naked and serve them beer at their house while they watched mixed martial arts fights on television. Ms. Knapp, 22, declined, but the men kept raising the offer, reaching $7,000.  “I said I make more money doing my job than degrading myself to do that,” said Ms. Knapp, a tattoo artist with dark streaks in her light brown hair, a bird tattoo on her chest and piercings above her lip and left cheekbone.

North Dakota Oil Boom Brings Blight with Growth as Costs Soar
BloombergBusinessweek – Jennifer Oldham – January 25, 2012
Jan. 25 (Bloomberg) — The gravel road that borders Dave Hynek’s North Dakota farm is designed to carry 10 tractor- trailer trucks a day. In a recent 24-hour period, about 800 passed by.  Some are traveling 90 minutes west to Williston, where schools Superintendent Viola LaFontaine expects as many as 3,800 students this fall, about 57 percent more than her primary schools were built to hold.

North Dakota’s economy outpaced every other state in 2011, with the fastest growth in personal income, jobs and home prices, according to Bloomberg Economic Evaluation of States, or BEES, index data. Yet the oil boom fueling the nation’s lowest unemployment rate also has a dark side. It’s pushing rural North Dakota’s housing, electric, water, police and emergency services to the breaking point….

Oil Boomtowns See Rise In Drunken Driving and Bar Fights, Threatening To Overwhelm Law Enforcement
Huff Post Business – Marc Levy – October 26, 2011
TOWANDA, Pa. — In a modern-day echo of the raucous Old West, small towns enjoying a boom in oil and gas drilling are seeing a sharp increase in drunken driving, bar fights and other hell-raising, blamed largely on an influx of young men who find themselves with lots of money in their pockets and nothing to do after they get off work.  In Bradford County, Pennsylvania’s most heavily drilled county in the 3-year-old rush to tap the Marcellus Shale, the nation’s largest-known natural gas reservoir, the stream of men from Texas, Oklahoma, Louisiana and elsewhere has been accompanied by increases in arrests, traffic violations, protection-from-abuse orders and warrants issued for people who don’t show up in court, law enforcement officials said. In the heart of western North Dakota’s oil patch, driving under the influence and assaults have spiked after thousands of workers descended on the area and settled in apartments and trailer villages known as “man camps.”

Locals to big oil: We want our town back!
CNN – Blake Ellis – October 24, 2011
WATFORD CITY, N.D. (CNNMoney) — For those who have spent their entire lives in the previously quiet farm towns that dot the northwestern corner of North Dakota, the discovery of oil in the Bakken formation has been anything but fortuitous.  The thousands of people from around the country flocking to these boomtowns has led to a housing shortage and an increase in traffic, crime and frustration among the locals who feel like their small, close-knit towns are now gone forever. “At first, we were excited about the prospect of bringing in new people and money … but it slammed us so hard, in such a little time that a lot of locals now are kind of resentful,” said Deone Lawlar, a 57-year-old native of Watford City, which is located in the middle of the oil play. “Now we want our town back.”  The land Lawlar’s home is built on has belonged to her family for generations. Last year, the dirt trail that led to her house was extended past her home by an oil exploration company to build two oil rigs, a pipeline company and housing facilities for oil workers. Now, the once-solitary road plays host to semi trucks at all hours of the day.  Many drivers throw trash out their windows as they speed by. Lawlar said she even came home one evening to find a truck driver urinating on her lawn.  “The quiet peaceful country life as we know it is a thing of the past,” said Lawlar. She and her husband used to joke that their next move would be to the cemetery. Now, it looks like it might be Bismarck.

Increased Gas Drilling Activities Bringing New Challenges to Local Governments in Pennsylvania
PR Newswire – May 24, 2011
HARRISBURG, Pa., May 24 /PRNewswire-USNewswire/ — Counties and municipalities across Pennsylvania where natural gas drilling is taking place — particularly in the Northern Tier region — are also struggling to meet a number of additional challenges associated with the industry’s increased presence and rapid growth, according to state officials.  PennDOT Secretary Allen D. Biehler, P.E. and Pennsylvania State Police Commissioner Frank Pawlowski today said that in the wake of the drilling, there have been increases in truck traffic, traffic violations, crime, demand for social services, and the number of miles of roads that are in need of repairs….More and more, it seems the police reports coming out of the northern tier include arrests because of drug use and trafficking, fights involving rig workers, DUIs, and weapons being brought into the state and not registered properly,” said the commissioner. “We’ve even encountered situations where drilling company employees who have been convicted of a sexual assault in another state come here to work and do not register with our Megan’s Law website. Each of these issues is unacceptable and places an even greater burden on our law enforcement and local social programs meant to help those in need.”

Must crime follow Pennsylvania’s gas drilling boom?
Pittsburgh Post-Gazette – Zach Needles – August 15, 2011
In Bradford County, Pa., drunken driving arrests are up 60 percent. Criminal sentencing was up 35 percent in 2010. And in Towanda, the county seat, DUI arrests were up 50 percent. Why? The frenzy of Marcellus Shale natural gas drilling, which has boosted the economies of some of Pennsylvania’s smallest and most rural counties in recent years, has also led to rapid population swells and — by extension — more crime.

Boomtown Blues
How natural gas changed the way of life in Sublette County
New Yorker – Alexandra Fuller – February 5, 2007
LETTER FROM WYOMING about how natural gas has changed the way of life in Sublette County. The annual Rendezvous Rodeo, held the second weekend in July, is the largest of the season in Sublette County, Wyoming. Roper Saul Bencomo was on the 14th team to ride. Seated next to the writer, Bencomo’s wife, Holly Davis, smiled. Davis is a third-generation cowgirl. The two work for local ranchers. This part of Wyoming is experiencing a boom in natural-gas exploitation, but locals still refer to the drilling fields as “the oil patch.” Sublette, with a population of 7,000, insists on its identity as a ranching community. But the truth is that oil-patch jobs-and the accompanying crime and drug use-are overwhelming ranching in the community. Since 2000, almost 1,800 new wells have been added, and 7,000 more have been approved for drilling in the next 10 years. Energy companies are pushing for unfettered access to private and public lands in the area. Wyoming’s leaders are almost all pro-energy development. Mentions Gillette syndrome-the depression and lawlessness that come with mineral wealth. A recent report by Ralph Boynton shows the Sublette crime rate rising by 30% from 2004 to 2005; air quality and the quality of life have also been affected. With the arrival, since 2000, of nearly 3,000 roughnecks, off-rig boredom has increased and this helps explain some of exploding crime rate. Fueling all this is the growing use of methamphetamines-primarily crystal meth, the roughneck’s drug of choice.  “They’ve ripped the roots out of the very thing they say they care about: community values, family values, property rights,” Botur said.