There are a rising number of earthquakes in areas where there is hydraulic fracturing and growing scientific information confirms that forcing fluids under high pressure deep underground can increase regional seismic activity. 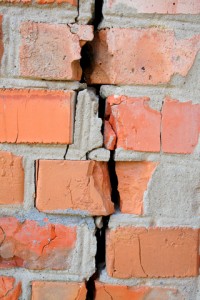 Two papers released in December 2012 tie the recent increase in significant earthquakes to reinjection of wastewater fluids from unconventional oil and gas drilling. The first study notes “significant earthquakes are increasingly occurring within the United States midcontinent… in the specific case of Oklahoma, a Magnitude “5.7 earthquake and a prolific sequence of related events … were likely triggered by fluid injection.”

The second study of the Raton Basin of Southern Colorado/Northern New Mexico by a U.S. Geological Survey (USGS) team concludes ”the majority, if not all of the earthquakes since August 2001 have been triggered by the deep injection of wastewater related to the production of natural gas from the coal-bed methane field here.”

Here is a sampling of recent incidents:

The U.S. Geological Survey took the unusual step of issuing an earthquake warning for Oklahoma in May 2014 making this the first time that they have done this for a state east of the Rockies.  The action was taken after the rate of earthquakes in Oklahoma outpaced that of even California for the first few months of 2014.  The uptick in earthquakes is linked to Oklahoma's high-volume wastewater injection wells.

Oklahoma used to average about 50 earthquakes a year, but between 2010 and the end of 2011 there were over 1050 earthquakes in areas where there is fracking. On November 5, 2011 an earthquake measuring 5.6 rattled Oklahoma and was felt as far away as Illinois.

A  3.4 magnitude earthquake struck northern Colorado in June 2014 less than 2 miles from a fracking site.

The Washington Post BlogPost reported on March 22, 2012, that many Clintonville, WI residents felt that the loud booms that they had been experiencing over 4 days could be attributed to fracking.  Residents reported that the booms sound like thu

nder, fireworks or a door slam, but could not be attributed to any of these.  One commentator wrote, “Funny that it’s happened since fracking started.”

The New York Times reported on March 12, 2012 that Ohio state officials released a report that found a “compelling argument” that the quakes in Youngstown since last March were induced by the disposal of waste liquids from hydraulic fracturing.

An expert hired by the state of Ohio said that the 4.0 magnitude earthquake in Ohio on New Year’s Eve, 2011 did not occur naturally and may have been caused by high-pressure liquid injection related to oil and gas exploration and production.

As far back as the early 1960’s the U.S. government identified a link between the injection of fluids into deep wells and earthquakes. In his article “U.S. Government Confirms Link Between Earthquakes and Hydraulic Fracturing”, John Daly reported that the U.S. Army’s Rocky Mountain Arsenal (RMA) constructed a deep injection well in 1961 to dispose of the site’s liquid waste. According to the RMA, “The Army discontinued use of the well in February 1966 because of the possibility that the fluid injection was ‘triggering earthquakes in the area.’ ” In 1990, a study of the RMA events by Craig Nicholson and R.I. Wesson titled “Earthquake Hazard Associated with Deep Well Injection–A Report to the U.S. Environmental Protection Agency” stated that, “Injection had been discontinued at the site in the previous year once the link between the fluid injection and the earlier series of earthquakes was established.”In early November 2011, UK firm Cuadrilla Resources reported that it was “highly probable that the hydraulic fracturing of their Preese Hall-1 well did trigger a number of minor seismic events.”

In 2011 the Oklahoma Geological Survey authored a study titled “Examination of Possibly Induced Seismicity from Hydraulic Fracturing in the Eola Field, Garvin County, Oklahoma”.  The study found that 50 earthquakes occurred in an area within 3.5 km of a well being “fracked” in the Eola field of southern Garvin County within a 24-hour period. Forty-three of those quakes were both shallow and unique and the earthquakes ranged in magnitude from 1.0 to 2.8 Md. The OGS concluded that, “the strong correlation in time and space as well as a reasonable fit to a physical model suggest that there is a possibility these earthquakes were induced by hydraulic-fracturing.”