"This may seem, to a lot of people, like a hopeless moment, looking at this onslaught of horrendous picks for the cabinet. But what I'm seeing across the country is people standing up and getting out. He can deny climate change. He can deny lies. But he can't deny the will of the people," said Catskill Mountainkeeper Program Director Wes Gillingham.

KINGSTON, N.Y. >> A recent feature article in National Geographic about Ulster County and what it has to offer its visitors in four-season tourism is expected to entice even more people to visit in 2017, said Rick Remsnyder, director of the county’s tourism bureau.

REGION — A national movement to march on Washington, DC is being held the day after the inauguration of President-elect Donald Trump. Women from all over the country will unite to make their voices heard.

A U.S. Coast Guard plan to allow floating barges full of crude oil to anchor for long periods of time on the lower Hudson River is not "an acceptable solution," a top state official wrote Tuesday.

BEAVERKILL — In the heart of Sullivan County fly fishing country, ensconced within the “forever wild” Catskill Park, the Beaverkill Covered Bridge has presided for 150 years over a rich history of tanning industry, Civilian Conservation Corps work, camping, and always, fishing.

A handful of green groups continued to press the Second Circuit to wipe out the Federal Energy Regulatory Commission’s approval of Constitution Pipeline Co.'s proposed $683 million natural gas pipeline Friday, blasting the regulator’s contention that it had complied with environmental law. 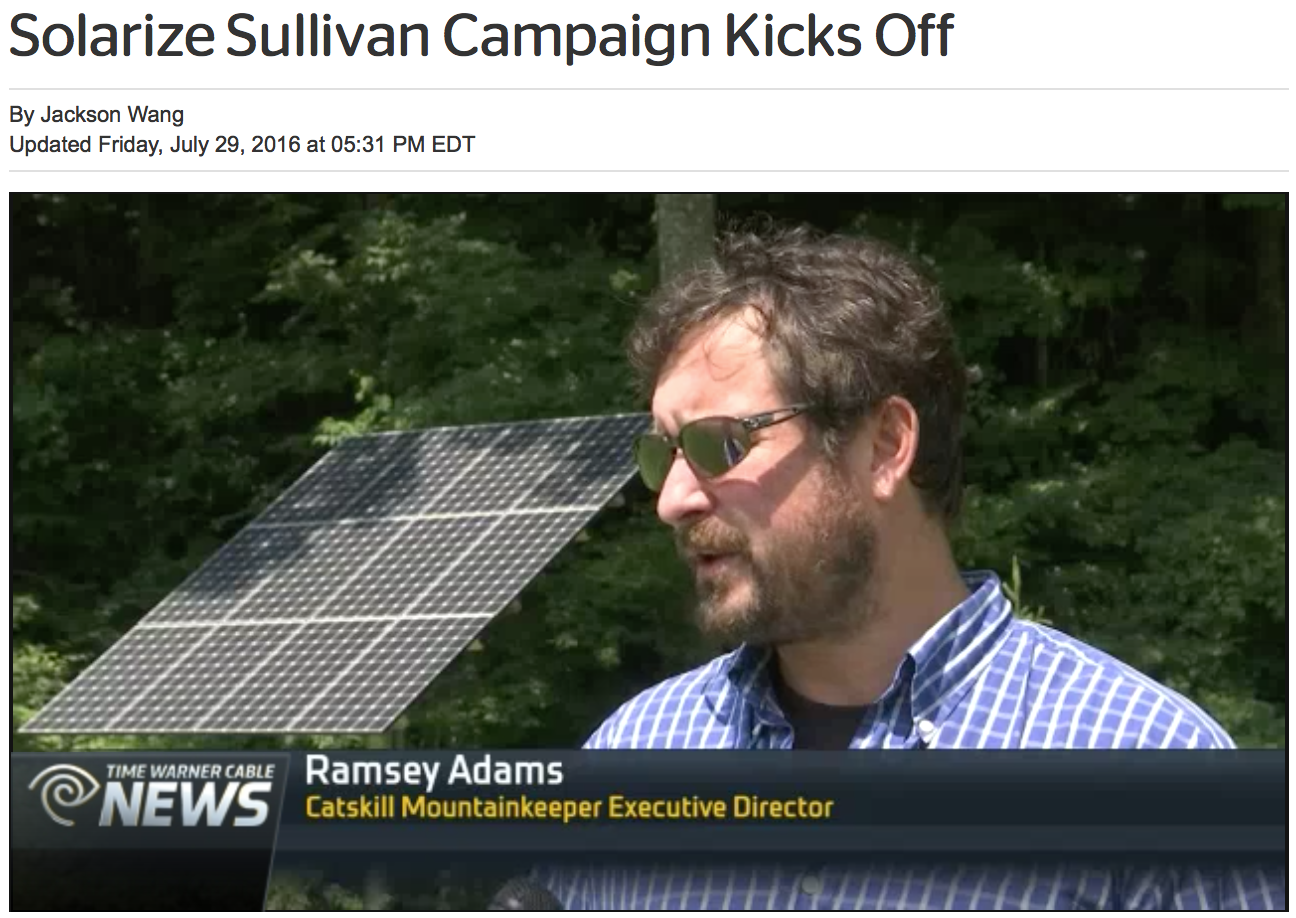 Many local landowners who've resisted eminent domain power handed to the Constitution Pipeline company have been left angry not only with the natural gas industry but also with the federal agency that regulates interstate transmission projects.

Program on solar technology at Ellenville Library on June 30

DETAILS: “Solar 101” will tell attendees everything they need to know about solar-photo-voltaic technology, financing, the marketplace and consumer protection. There will be a panel discussion with professional engineer John Calhoun, John Wackman, a program manager with Solarize Hudson Valley; and Katherine Nadeau, a program director for Catskill Mountainkeeper’s Reneweable NY initiative. Admission is free and all are welcome.

"Today's decision is further indication that we have finally begun to turn the corner on old dirty fossil fuels and take a step toward a clean and renewable future. The wisdom of the DEC, the leadership of Governor Cuomo, and the determination of New York's beautiful grassroots movement have come together to fight against greater fossil fuel proliferation and the catastrophe of climate change. This state continues to lead the nation by limiting fossil fuel infrastructure and making clean water, air, and food a priority," exclaims actor Mark Ruffalo, who serves as a Catskill Mountainkeeper trustee. READ MORE