Contrary to the frequent media declarations from the fossil fuel industry that they are working to make America energy independent, their current focus is to build a massive infrastructure to export fossil fuel and drive up corporate profit by taking advantage of higher prices overseas.  The scale on which the industry proposes to mine fossil fuel to be exported is enormous.  If all of the fossil fuel they are planning to export to other countries were then burned, it would have devastating consequences for the climate. 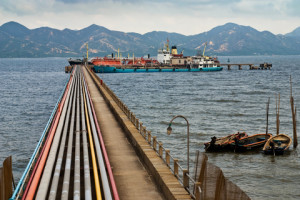 The natural gas companies are planning a giant infrastructure that would carry gas to processing facilities for shipment overseas.  In New York, there are seven major pipelines (Blue Stone, Constitution, Iroquois, Mark Connector, Millennium Phase I, Rockaway, and Spectra), a gas storage facility at Seneca Lake, multiple compressor stations including ones in Hancock and Minisink and a Liquid Natural Gas (LNG) Processing facility, the Port Ambrose project, that is proposed for off of the coasts of New York and New Jersey, that are in various stages of the approval process.

In addition, major export hubs are in the approval process in Maryland and Philadelphia to export gas from the Marcellus shale and many LNG plants are planned in the U.S., mostly on the East Coast and in the Gulf.

If the gas industry’s plan succeeds, the big winners will be the stockholders of the natural gas companies and the big losers will be the rest of us. 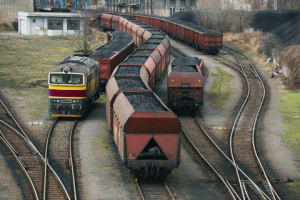 The Powder River Basin, which spans from southeast Montana to northeast Wyoming has supplied about 40 percent of coal in the United States since 1988.  It has made Wyoming the top coal-producing state in the country. This sparsely populated area is poised to become a huge source of coal for export.  The coal industry plans to build 2 deepwater ports in Washington and Oregon to ship coal to the expanding Asian market.

Plans are to have over fifty, mile-and-a-half-long trains daily, laden with Powder River coal, travel from Wyoming and Montana through hundreds of small towns to ports in the Pacific Northwest.  They will leave toxic arsenic and mercury laden coal dust in their wake.   Scientists warn that the amount of carbon emissions produced by burning the Powder River coal deposit would result in cataclysmic and irreversible impacts on global climate.   Bill McKibben, world-renowned author, scholar and environmentalist says, “That coal has to stay in the ground. You can’t make the math of climate change work if you get the huge coal deposits of the Powder River Basin out and pour them into the atmosphere.”