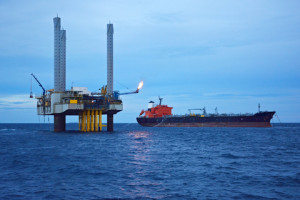 Deepwater drilling is defined by the U.S. government as any offshore drilling operation that takes place more than 500 feet below the surface of the ocean.  Today, many rigs are being drilled in the very hostile environments of deeper and deeper water. The Deepwater Horizon, which exploded and sank in the Gulf of Mexico in 2010 was a six mile deep well that operated in 4,130 feet of water and a recently drilled well, the Dhirubhai Deepwater KG1 off the east coast of India, has set a new world record for the deepest water depth by an offshore drilling rig in 10,411 feet of water.

The Deepwater Horizon explosion killed 11 people and injured 16 others and was the largest oil spill in human history.  What has not been widely reported is that 40% of what leaked from the well was methane gas, which is 20 to 25 times more heat trapping than carbon dioxide.

What the effect of this release of methane will be and what are the long-term effects of using almost three million litres of chemical dispersants to “clean up the spill” are big unanswered questions.  What we do know is that the hydrocarbons released from the Deepwater Horizon are still deep in the ocean. 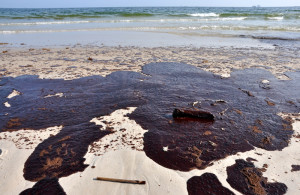 While these major catastrophes grab the headlines, little spills from deepwater rigs caused by chronic leaks, well blowouts, drilling waste being dumped and the transport of oil, result in millions and millions of gallons of oil and waste being released into the ocean each year.  Transporting oil is also a major source of pollution, both from spills and the practice of ships discharging oily ballast wastewater – the dirty water that is used to keep giant transport ships stable.

The full extent of the environmental impacts of both major and minor spills is not totally known, however by damaging and destroying habitat, interfering with how body parts function and destroying or reducing food sources, oil spills kill marine life.

Catskill Mountainkeeper strongly opposes deepwater drilling as an energy source because it perpetuates fossil fuels that cause climate change and its dire consequences.  We are actively working to encourage our elected officials to take whatever political risks are necessary to develop clean energy solutions.  We advocate that the same focus and resources be put toward changing our energy paradigm as was put toward projects like putting a man on the moon.

For more information on deepwater drilling, please go to the websites of our Extreme Energy Collaborative partners who are fighting on the front lines.