Posted by Sam Wright 54sc on

SCROLL DOWN TO RSVP!

Catskill Mountainkeeper was founded to protect and improve the greater Catskill region. To support our cause we have created and co-chair the annual Catskill Park Awareness Day event to advocate for increased state resources dedicated to the park. This event is undertaken together as part of our Catskill Park Coalition, an advocacy organization we founded to preserve the park’s historic and scenic integrity; keep ‘industrial’ development, such as fracking, out of the park; work with government officials to make sure that the Catskill Park gets its fair share of state resources and strengthen the recreation-based economy of surrounding communities and region.

The Catskill region contains some of the most uniquely beautiful resources and undeveloped lands in New York State. The park’s close proximity to millions of residents in New York City and elsewhere make it an attractive destination for visitors. Providing appropriate access to the public lands will significantly enhance economic opportunities while preserving the park with conservation principles in-line with our state’s proud and leading legacy of first-in-the-nation conservation. Unfortunately, the Catskill Park is held back by an outdated recreation plan, limited funding for public access to land, and urgent unmet needs of various stewardship programs. This lack of adequate resources threatens the stature, value and economic viability of the Catskill Park.

In order to adequately preserve and protect the park’s character and economy we are asking the state legislature for an appropriate funding level of $10 million from various sources which will form a “Catskills Package” to support the region. 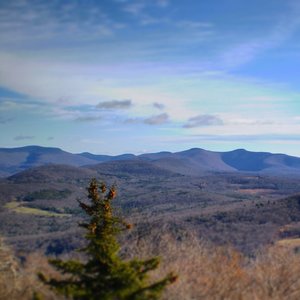 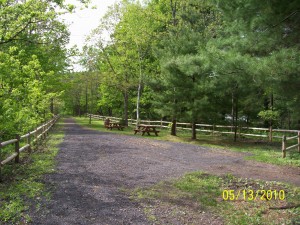 Public access in the Catskills should be focused on the purpose of trail access, parking lot access and trail connectors that collectively knit together this patchwork mosaic of publicly accessible land. Creating a more visitor-friendly park through simple ease of access will drive visitors to the region, concentrating spending power in our region’s towns and hamlets, growing the region’s economy developing permanent jobs.

The preserved lands in the Catskill Park have been assembled gradually over the past 110 years as land protection opportunities matched the availability of funding.  A focus on preserving high peaks and scenic vistas has created a history of tracts with scarce road access, limited parking and difficult terrain for general public access. Acquisitions made by New York City focused on willing sellers and water quality criteria and have tended to be a collective patchwork of lands. This resulting mosaic of public lands makes management for recreation and tourism very challenging with limited access between parcels owned by either New York State or New York City, as well as other privately held but publicly accessible lands.

The focus for the next decade of public access must focus on building tourism-friendly public access with continuity and comprehensive integration between city and state land holdings.  A focus on making access points between these parcels, area towns and villages is critical to helping local businesses connect to this vital tourism resource while sustaining access, interest and use.

To add enhanced public access for essential parking lots as well as ADA-compliant access may require the limited acquisition of easements and small fee properties.

The comprehensive regional recreation plan, currently being completed with support from the ongoing Aid to Localities line for the Catskill Park will identify access that needs to be improved, will analyze potential trail connections and systems, and will knit together the various communities of the Catskill Park. 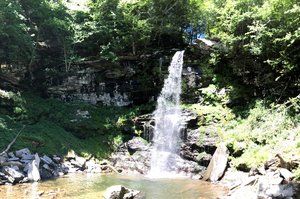 The Catskill Park Coalition is very concerned about safeguarding the many acres of public lands that contain sensitive ecosystems and provide vital environmental services, such as protecting breeding habitat for migratory forest songbirds and the water supply for New York City. Any successful effort to increase visitation creates a stewardship challenge, thus requiring additional funding.  Nevertheless, analysis by the Trust for Public Land completed in 2012 found that for every $1 dollar of EPF investment in public lands the state gained $7 in economic benefits through natural goods and services. Support from the state for our region through the Catskills Package will have similar returns on investment regionally.

These investments continuously yield sustained and long term economic gains. Recent support and investment in the Catskill region is building great momentum for the park improving the economic vitality of the region. The opening of the Maurice D. Hinchey Catskill Interpretive Center in 2015; the establishment of the Catskill Conservation Corps; and the work of the Catskill Park Advisory Committee and Catskill Park Coalition are creating a foundation to further cement the economic advancement of the region. Through a Catskills Package we can insure these continuous economic gains.

Funding to upgrade current facilities and build new parking areas, trails and bridges as well as improving ADA-compliant accessibility can be further leveraged by the participation of passionate volunteers and sportsmen, like the Catskill Conservation Corps, who will provide the required labor.  Many of the projects identified during the comprehensive recreation plan process will require stewardship funding, investments that inevitably reap rewards for the region as well as the state. Updating management plans and hiring design experts for mountain biking enhancements, improved signage and natural and cultural resource interpretation, and engagement with the scientific community for assessment of forest system health are also integral parts of appropriate forest preserve stewardship.

The last public access plan for the Catskill Park was completed August 1999. New York City had just begun its public access program, and newer uses like mountain biking were starting to gain popularity. The 1999 plan called for the establishment of new signage, information centers, better promotional tools, building networks of volunteers, and improving access for hiking, fishing, swimming, boating and camping. In the last few years some progress has been made on a few of these recommendations, but without dedicated funding much of this access plan remains unimplemented.

In 2014, for the first time, four New York City reservoirs were opened for recreational boating. We have recently developed a collaborative volunteer group, the Catskill Conservation Corps, which works across the park pulling volunteers from a variety of affinity groups.

At the same time the Catskill Park is experiencing a new wave of visitors as more and more people understand the value of unplugging and getting out into nature, as well as the increasing pressure from potential development. In Sullivan County (one of the four counties of the Catskills region) a new casino and resort project will be opening soon. This and other projects can only accelerate the demand for public access and create new stewardship challenges for our public land. In other areas we see usage that went from dozens of visitors a day to hundreds today.

Capitalizing on this momentum of visitors and enthusiasm for the Catskill Park, the ideal time is now to develop a new comprehensive plan. Now is the time for an updated blueprint for increased access and recreation as well as sustained economic growth.

After a historic economic decline, the average income of residents in the Catskill Mountain region is nearly 40% below the state average. Small business creation to capitalize on new tourism opportunities can revitalize the moribund economy. We propose that a portion of the Catskills Package funding for the Catskill Park be designated for a grants program to stimulate related business growth and creation. New businesses focusing on interpretation, guide services, hospitality, arts and culture, and recreational equipment will help grow this new green economy.   These grant funds would also be made available to municipalities seeking to reinforce the assets of villages and hamlets that help preserve the heritage of the Catskill Park.

FUNDING TO BUILD A STRONGER PARK

In the current environment of tight competitive funding, these necessary and urgent initiatives are not being implemented rapidly enough. We propose creating an annual funding source for the Catskill region, funded from several EPF lines and other monies such as New York Works, beginning in fiscal year 2016-17.  We project the annual needs for this fund at $10 million a year to address the program and project backlog. Rather than creating any further administrative structure we suggest that this funding be administered by NYS DEC, with advice from the diverse stakeholders of the Catskill Park Advisory Committee.

This is the year that a recurring $10 million Catskills Package begins to transform the park for the benefit of all.

MANY THANKS TO OUR PARTNERS IN THE CATSKILL PARK COALITION:

Friends of the Catskill Interpretive Center

Friends of the Upper Delaware River