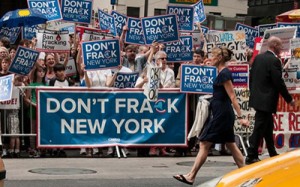 UPDATE: One of the leading opponents of the natural gas extraction method of hydraulic fracturing - or fracking - in Sullivan County and New York State cheered the appellate court's decision to uphold local drilling bans.

In Ulster County, Marbletown, New Paltz, Olive, Woodstock, and Saugerties are among the municipalities that have banned fracking, while Warwick did the same in Orange.

The state Court of Appeals on Monday affirmed a lower court ruling that state oil and gas law doesn't trump the authority of local governments to control land use.

The two "fracking" cases have been closely watched by drillers hoping to tap into New York's piece of the Marcellus Shale formation and by environmentalists.