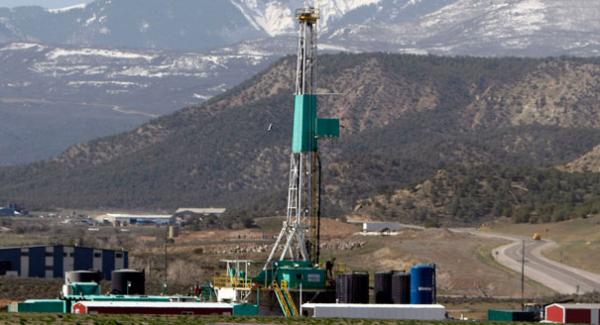 Manhattan Democrat Liz Krueger sponsored the bill to prohibit the sale of any fracked liquid waste products.  She says toxic materials from other states are being dumped in New York.  “I learned from the scientists and the medical doctors we had testifying yesterday that large quantities of the fracking waste are actually being imported across state lines into our state. Some is poured directly into municipal wastewater systems.

Some of it is ending up just dumped on roads. Some of it is actually being sold. And much of it, the scientists and doctors believe, is literally just being dumped into landfills both legally and illegally. The research they were showing on the impact on human health and the toxicity of water contamination truly terrified me.” Adirondack Mountain Club Executive Director Neil Woodworth says the legislation is needed because New York does not have the protocols for treating the waste products from fracking.  “Some of the drill cuttings that basically are created when the horizontal well is drilled contain very, very strong brines. They contain organic hydrocarbons like benzine, toluene, xylene. They contain radioactive substances. And the same thing goes for the water produced when you frack a well. None of this can happen in New York right now. But in Pennsylvania they are looking for ways to dispose of these waste products and they’re trying to do it in New York. And we haven’t even cleared this process to be legal in New York State, let alone qualifying our landfills, our wastewater treatment plants to handle this material.”

Catskill Mountainkeeper is an advocacy group that promotes economic development and protection of the Catskill wilderness region. Program Director Wes Gillingham says the bills attempt to address a serious health and environmental concern. He says the fracking industry has been operating for years without the public understanding the impacts of the industrial activity.  “They’ve been getting away with business as usual that’s causing severe impacts to communities. And this is a real health threat. At the Chemung County landfill, for instance, you can see them bulldozing piles of the drill cuttings. So when that dries, then you’ve got wind and you’ve got dust carried to communities right nearby there. What’s their exposure to the radiation? That’s a serious question. Besides stopping this stuff going to the landfills and these public waste treatment facilities, we should also be doing comprehensive study in the places where the stuff has been going and to see whether there’s a serious health threat happening right now.” The legislation introduced Tuesday would also require the state Department of Environmental Conservation to establish regulations for the disposal of waste products. Although legal in neighboring Pennsylvania, fracking in New York remains on hold under a de facto moratorium, with polls showing the public split on the issue.