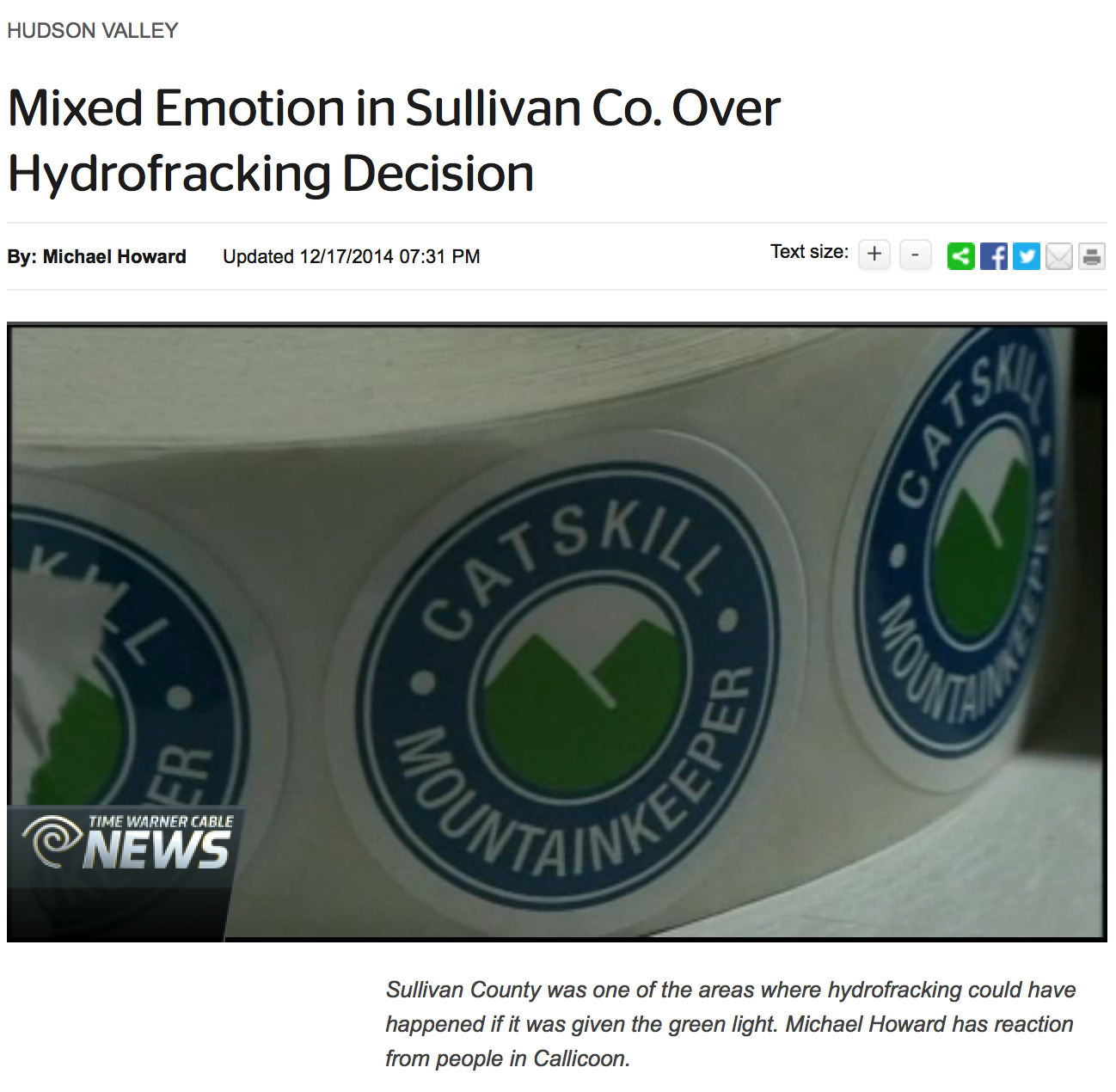 CALLICOON, N.Y. -- Environmental groups and farmers in Sullivan County have been in this debate over fracking for more than six years. Wednesday's news came with some very mixed emotions.

And a joyful one for members of the conservation group Catskill Mountain Keeper, after Governor Andrew Cuomo announced a ban on hydrofracking in New York Wednesday.

The DEC and the health department cited a lack of scientific research of its health impacts.

"It's been a long hard fight but we knew that there was something fundamentally wrong with fracking," said Adams...

In their report, state commissioners also cited the current lower price of gas.

"To hear the commissioner of health and commissioner of environmental conservation lay out the arguments that we have been talking about so forcefully for so long in a clear way. I can't explain how proud I am," said Adams.

While Sullivan County farmer Bill Graby, of Graby Farms, along with other farmers across the state believe if it's their land, they should be able to make money off it.

"We all feel like the rug has been pulled from underneath us, we pay taxes on our properties in my family for 160 years and we don't have the right to do what we would like to do with it," said Graby.

Graby said he's currently in the process of filing for bankruptcy on his 200 acre farm that has been in his family for more than 130 years.

"Why can it happen in 38 other states and not here in New York? The problems that have arose from it are not life threatening and even though some people believe there are," said Graby.

The environmental group said its next fight is for a renewable energy economy.