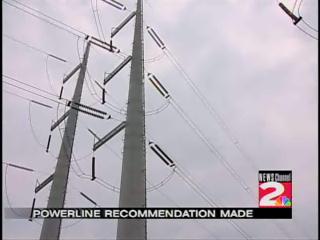 That recommendation was made to the four commissioners who will ultimately make a final decision on whether or not New York Regional Interconnect will build a power line through Central New York.

A spokesperson for the PSC says the commissioners will look at that recommendation as well as information gathered at public hearings.

A final decision is not expected until at least the fall of next year.