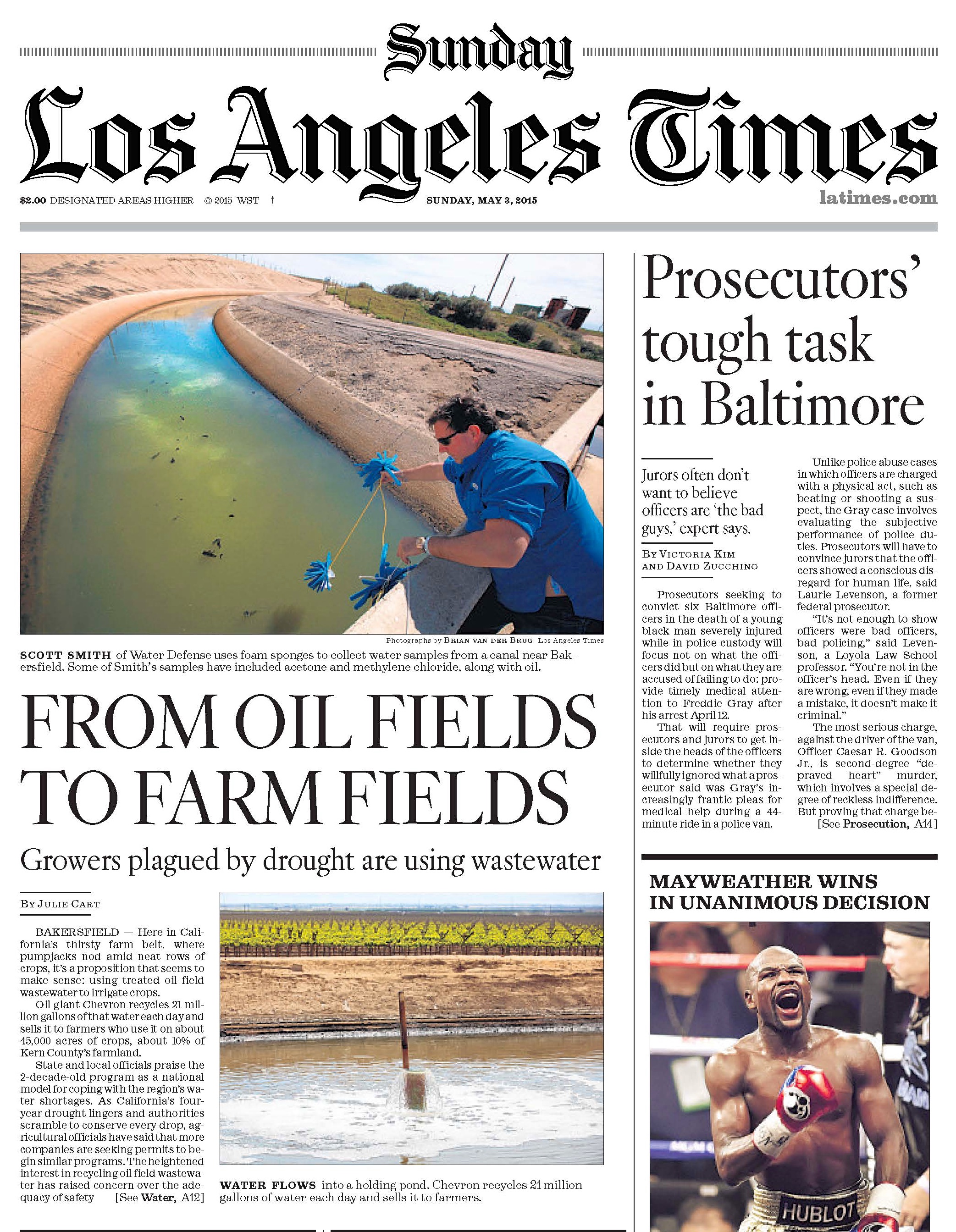 Catskill Mountainkeeper's partner organization, Water Defense, led this investigation, conducting tests that found the presence of the industrial solvents methylene chloride and acetone, as well as oil, in waste water sold by Chevron to farmers in California as safe.

The practice of using wastewater from oil wells to irrigate agricultural crops has been going on for many years.  But until now, government authorities in California have only required limited testing of recycled irrigation water using decades-old monitoring standards.

You can’t find what you’re not looking for

In New York an analogous situation exists.  Some gas and oil companies are selling the wastewater ‘brine’ from drilling operations to local communities as a deicer. It too has been declared ‘safe’ but it is not being tested for many of the chemicals and elements that are now known to pollute it.  We know that it is made up of chloride (a salt), radioactive elements such as radium and barium, as well as significant concentrations of ammonium iodide and bromide—all chemicals that can be extremely toxic to humans and animals.

The events in California and New York are only the latest examples of the highly dangerous risks posed by the unintended consequences of extraction of fossil fuels. While the proposed ban on fracking declared by the Cuomo Administration in New York State is a huge achievement, it is only the beginning of the battle to protect our air, water, land, and health from these consequences.

It is also why we at Catskill Mountainkeeper are mapping out a clean energy future based on renewables and efficiency through our RenewableNY campaign.  This is the only sane path forward to protect precious resources—like clean water and clean air—that are essential to human health, while helping build a robust and sustainable green energy economy here in New York and across the country.

Please join us in this ongoing fight by becoming or staying informed and active.

With thanks for all you do to help advance the important work of the Catskill Mountainkeeper team,