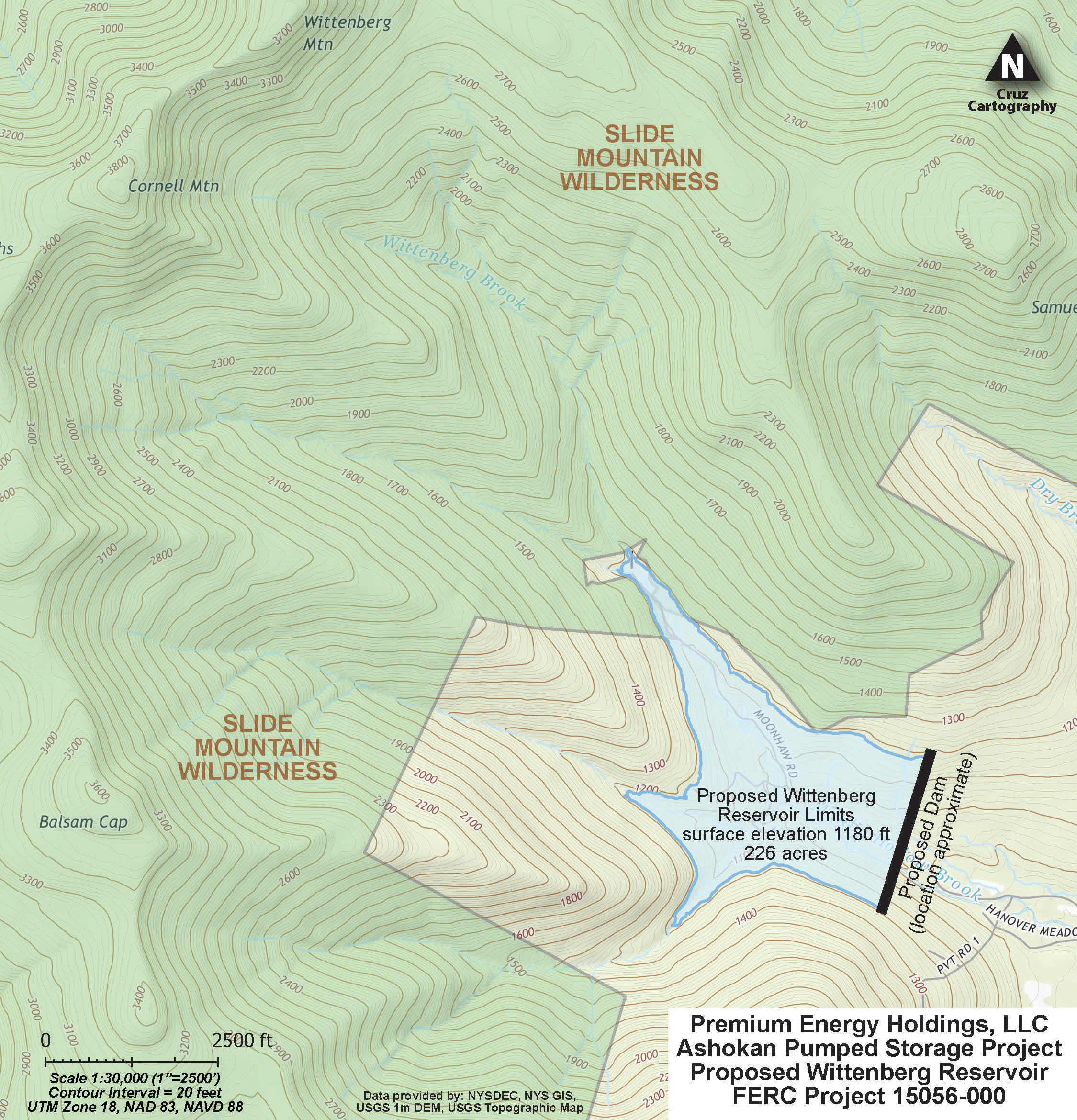 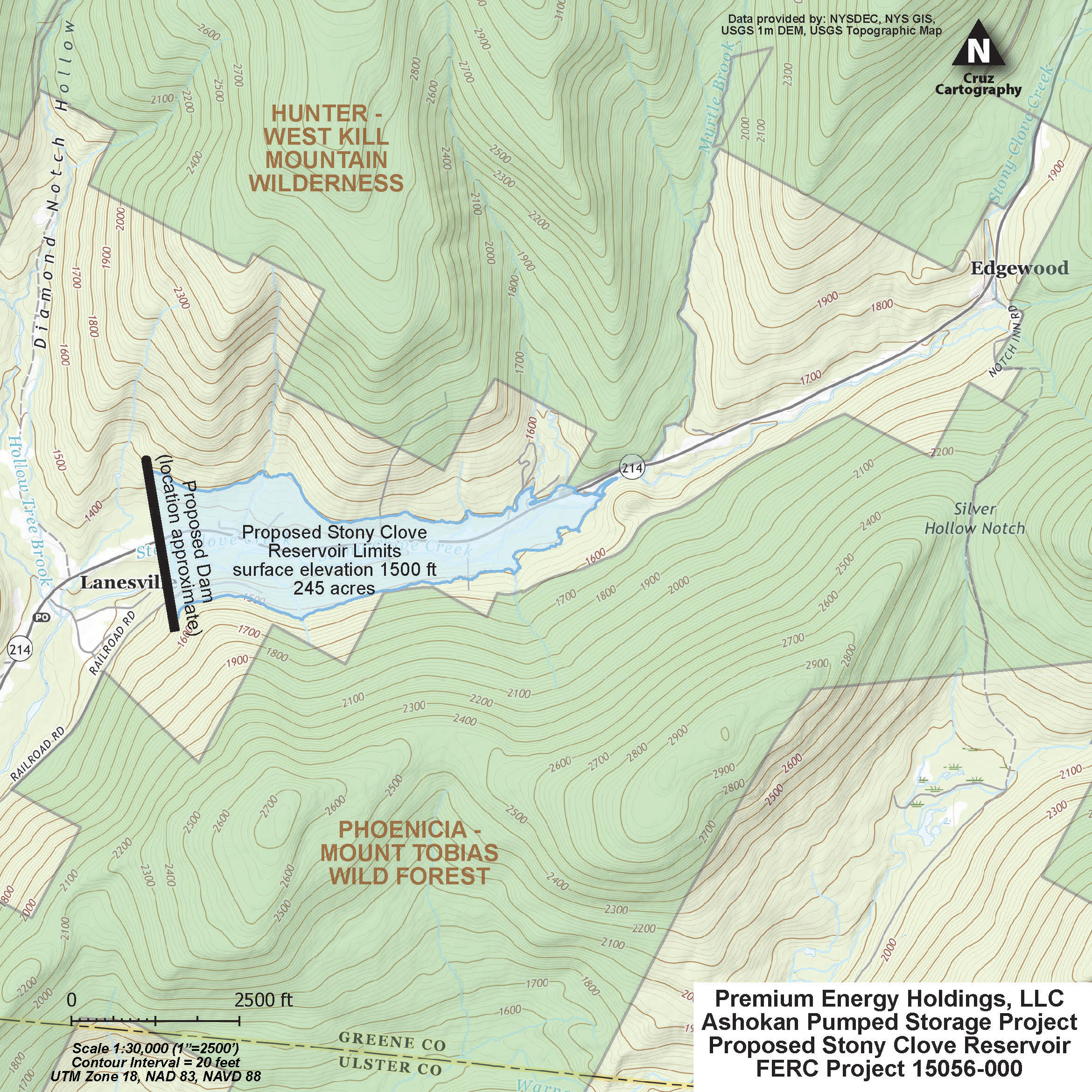 In addition to Mountainkeeper, a broad range of local nonprofit groups opposing the project are formally commenting and seeking status as Intervenors:

There are also at least two community groups (at two of the alternative sites) that are organizing opposition: the Woodland Valley Association and the newly formed Save West Shokan. Catskill Mountainkeeper is joining with these groups to offer our support and help organize opposition locally. 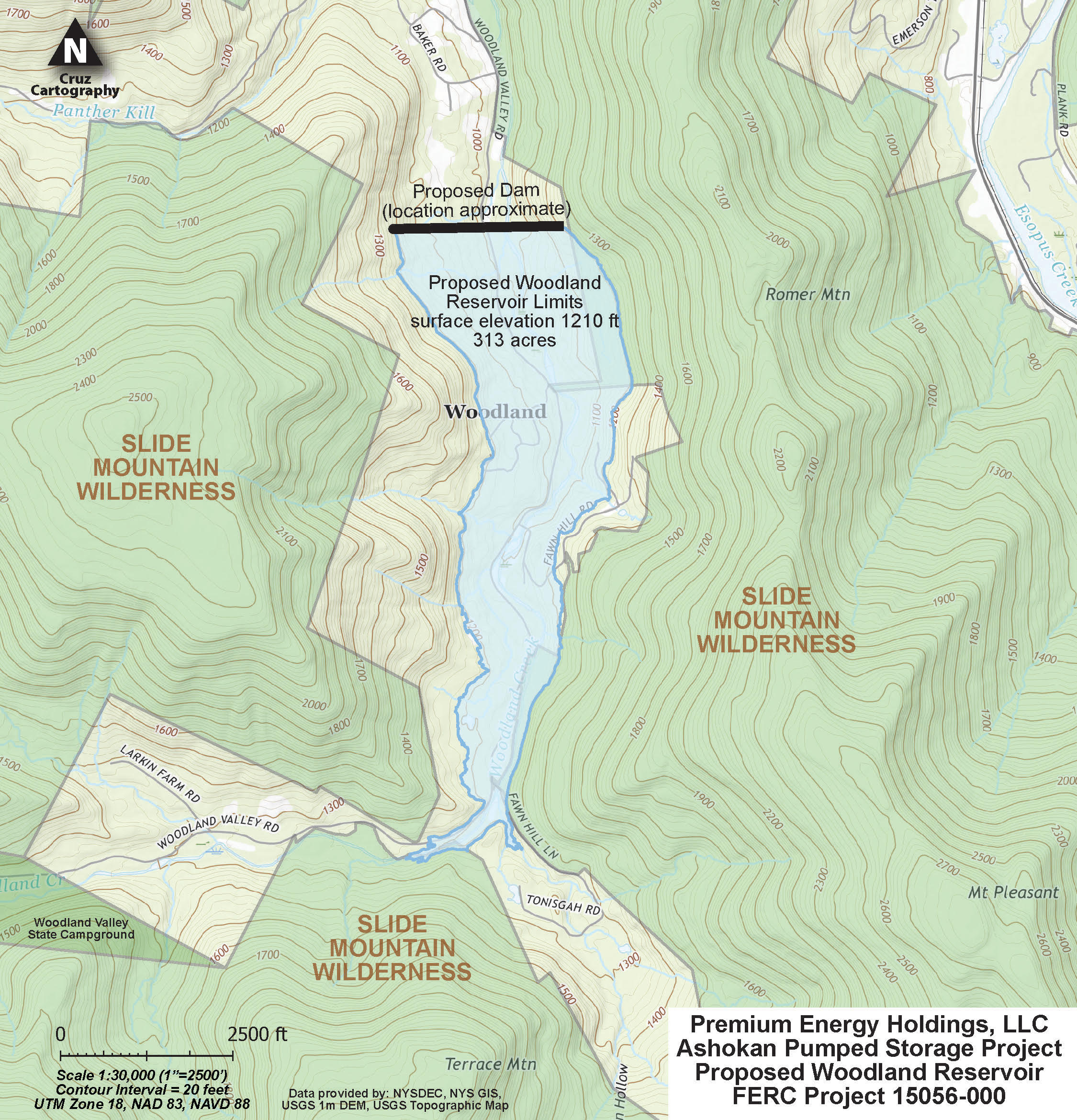 Many individual volunteers are also stepping forward to lend their expertise to the fight, including Elizabeth Cruz, who used her cartography skills to create three very helpful maps (which we've included in this email) of the alternative sites for dams and reservoirs in the Ashokan Pumped Storage proposal. Click on the maps to enlarge them in a new window.

According to Elizabeth, “The reservoir locations shown on the maps are based on the dam crest and water surface elevations provided in the proposal... In the case of Wittenberg and Woodland reservoirs, these maps match the maps in the proposal. Using the elevations given in the proposal, the Stony Clove map is quite different from the Premium Energy Holdings' depiction. The reason for the discrepancy is unknown.”

HOW TO INTERVENE
What does it mean to intervene and who can do it? Among the ways that a person, organization, agency, or municipality can participate in reviewing – and objecting to – a proposal submitted to FERC, seeking status as an intervenor preserves the most rights, including the right to participate in legal actions brought in regard to a proposal (see https://www.ferc.gov/media/intervention). The process involves discerning whether and how one might be harmed by a proposed project and then submitting a short “Motion to Intervene” to FERC. Individuals could be harmed, for example, if they own property that might be flooded by the proposed dams and reservoirs or if they recreate on lands that would be adversely affected by the construction or operation of the project. FERC encourages online submissions, which are much simpler and faster (https://www.ferc.gov/ferc-online/ferc-online/how-guides). Please check out Mountainkeeper's motion to intervene if you're looking for a sample, and contact us if you would like to participate and need assistance. The deadline to intervene is April 12th, 2021.

We'll keep you updated as we continue to coordinate and fight this proposal.