Mountainkeeper is calling attention to an unfolding crisis as the fossil fuel industry tries to turn New York into an oil and gas state. Our work on these issues has taken on even greater urgency now that our country has a President-elect who has consistently touted the production of more coal, oil, and natural gas, and has selected a leading “climate denier” as the head of his Environmental Protection Agency (EPA) transition team.  In the face of this new political landscape, Mountainkeeper is ready and determined to fight back hard and work strategically wherever we can. The shipping industry is trying to increase the amount of oil that is being transported on the Hudson River -- we must stop this from happening.

Most people probably won’t remember that a few years ago the Stena Primorsk, an ocean-going oil tanker, left the Port of Albany loaded with 279,000 barrels of oil and ran aground on a sandbar, breaching its outer hull. Fortunately, the inner hull held and a major spill was averted.

And the chances of a major oil spill on the Hudson River could increase dramatically if the Coast Guard approves the commercial maritime industry’s request for 43 new anchorages at 10 locations along the river. 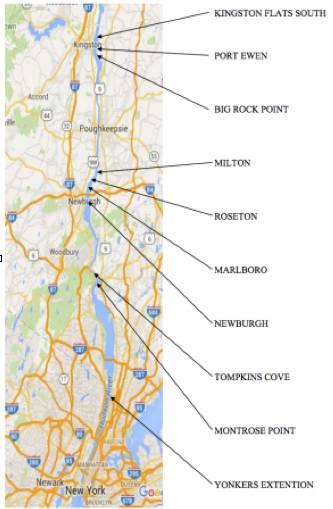 This would expand the number of legitimate anchorages (where commercial ships can anchor) on the Hudson from 2 to 43— a massive increase.

There are many reasons why adding these anchorages is the wrong decision for the Hudson River and New York, including a negative impact on waterfront tourism and coastal revitalization policies, but the most significant is that additional anchorages would pose extreme public health and safety risks from oil spills and explosions and add momentum to the oil and gas industry’s efforts to turn New York State into a oil and gas state.

The Maritime Association of the Port of NY/NJ Tug and Barge Committee, the Hudson River Port Pilot’s Association, and the American Waterways Operators made it clear in their request to add these additional anchorages that they are being sought to help increase oil transport on the river. They said, “Trade will increase on the Hudson River significantly over the next few years with the lifting of the ban on American Crude exports for foreign trade and federally designated anchorages are key to supporting trade.”

We can’t let this happen.

We’ve spent the last 50 years cleaning up the historic contamination of the Hudson River and, while it still contains some PCBs, tremendous progress has been made.

It’s insane to consider an increase in traffic for tankers and barges carrying dirty tar sands (technically called bitumen) and explosive Bakken oil that would jeopardize all of the progress made in cleaning up this magnificent river, and put surrounding communities at grave risk.

The threat of oil spills and explosions is real and deeply concerning. Bakken oil is highly volatile, and tar sands, which are diluted with petroleum-based products to facilitate transport, are just as explosive. Tar sands are also heavier and denser than water; if spilled, they would sink straight to the river bottom and be almost impossible to clean up.  Six years ago there was a major tar sands spill in the Kalamazoo River, and after a $1 billion cleanup, the river is still contaminated.

The Coast Guard is giving the public an opportunity to comment on how the additional anchorages would impact their communities, and Mountainkeeper is working to mobilize our friends and supporters to raise their voices in opposition. We have until December 6, 2016 to speak out about why adding these anchorages is a terrible idea, and should not be approved.

We need everyone to weigh in to create such a strong public outcry that the Coast Guard will reject this proposal outright.  We don’t want to give them the option to modify the proposal, or worst case – consider it as is.

Please tell the Coast Guard why these anchorages present unacceptable riskand why they should reject this proposal.

The bottom line is that anchorages – along with other oil and gas infrastructure, and the fossil fuel they carry — endanger the health of our families and communities and threaten the integrity of our air, water, and other natural resources. We must stop the oil and gas industry’s efforts to turn New York State into an oil and gas state. And we need to redouble our investments in safe and sustainable renewable energy sources, so that we can prevent the worst impacts of climate change and build a clean and prosperous energy future.

We appreciate your commitment to our shared goals, and hope that you will make a gift now to help Mountainkeeper’s team continue the essential fight to protect our families and communities by breaking the cycle of our dependence on dirty and dangerous fossil fuels, leading the way to a healthier and safer future for us all.