From the Marcellus Shale to horizontal drilling

NEW YORK & PENNSYLVANIA - Agents of corporate natural gas companies have been knocking on doors throughout the area.

These independent contractors are asking property owners to sign leases that will allow gas companies to explore for natural gas, which is believed to be beneath the local land mass in large deposits. 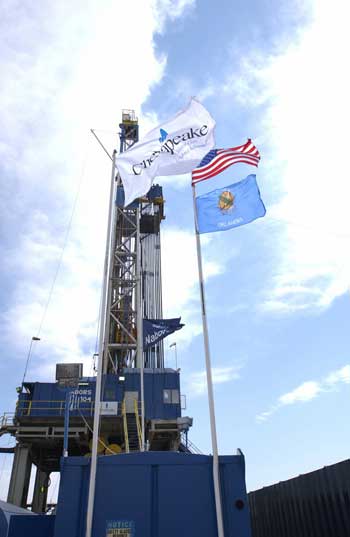 According to the experts, there are three main reasons why this is happening.

First, the cost of oil has been steadily rising over the last few years, reaching the unheard of price of $100 a barrel. By contrast, the cost of natural gas from a local well is much cheaper.

Second, geologists are telling the industry that there is evidence that very large deposits of gas are contained in a geological formation called the Marcellus Shale, which extends from Tennessee northward into central and northeastern Pennsylvania, including Wayne County, and the Southern Tier of New York State, including Sullivan County.

No well permits have been given in Wayne County, but 14 wells have been created in Susquehanna County, according to the Pennsylvania Department of Environmental Protection (DEP). Also, no permits have been issued in Sullivan County, where the process of gas exploration got a later start.

SUNY professor Gary Lash and his partner, Penn State professor Terry Engelder, are studying what they believe could increase national gas reserves by upward of 20 to 25 percent.

“The value of this science could increase the net worth of U.S. energy resources by a trillion dollars, plus or minus billions,” Engelder said.

While the estimated figures of available natural gas sounds great, the trouble has been the extraction process and the science behind it, Lash said.

The gas is trapped in microscopic spaces in rock formations, he said, and that’s where the horizontal drilling comes in. After drilling straight down to a certain depth, the drill is turned sideways in order to drill perpendicular to naturally occurring vertical fractures in the rock. “Then,” said Lash, “what they do is they pump fluids down into the well to pressurize the rocks, causing them to crack, and that allows the gas to migrate upward through a complex piping system that is installed after the drilling.”

A drill can be as deep as 7,000 feet. It takes about 660,000 to one million gallons of water for each well. The DEP issued 7,241 well permits throughout Pennsylvania in 2007, according to Ron Gilius of the DEP’s Oil and Gas Management Department.

With the drilling taking place horizontally, one question being asked by residents who do not sign leases is if the company gets gas from under their property, what happens to their rights? “Horizontal drilling under a property where the company does not possess a lease is a trespass,” said Stephen Rhoads, president of the Pennsylvania Oil and Gas Association. “It’s illegal for them to do that.”

A landowner who signs a lease will get a bonus, a rental fee and, if gas is discovered, will receive a royalty of about 12.5 percent of the value of the gas. Some landowners have been able to negotiate the royalty to 18 percent. Bonuses and rentals are usually $5 per acre per year for five years.

Moving the gas from the ground to the refineries

Any gas recovered from wells must be transported to major gas lines such as the Tennessee Pipeline in Pennsylvania or the Millennium Pipeline in New York to be sold to the public.

The agencies that regulate the smaller pipelines, which take the gas to the major ones, are the state public service commissions (PSC), not agencies like DEP or DEC, according to Rhoads. But the PSCs do not regulate a third class of pipelines, the gathering pipes.

“There are gathering pipelines that merely take the gas to a holding tank or to another line coming from a well,” Rhoads said. “These are handled by the regulating agency like the DEP and the DEC.”

Several meetings have been held

The Penn State Cooperative Extension has held several meetings in Wayne County that introduced land owners to the vagaries of lease-signing, warning them that they must consult an attorney before they sign, preferably an attorney conversant with gas and oil drilling.

A group of landowners in Wayne County have formed an organization called the Northern Wayne Property Owners Alliance, which represents about 10,000 acres of land mass. The group will act together in the signing of any leases, according to leaders of the group. The organization has as its goals property protection, sensitivity to the environment and community, a contract that can be severed that includes increased compensation and royalties for landowners.

PA state senator Lisa Baker and state assemblyman Michael Peifer organized a public meeting with the Pennsylvania Department of Environmental Protection (DEP) to explain the permit process and the inspections of drilling sites. About 250 people attended that meeting on Wednesday, February 20.

There has been at least one meeting organized by Cornell Cooperative Extension for New York property owners, which brought in experts from the New York State Department of Environmental Conservation (DEC), who also explained the permit and inspection process of gas drilling.

A group of citizens opposed to the drilling, called the Damascus Citizens for Self-Government and Friends, has held two meetings. The last meeting introduced a speaker, Ben Price, director of the Community Environmental Legal Defense Fund (CELDF), who explained how his organization guided several Pennsylvania townships, helping them to pass laws prohibiting corporations from coming into their communities to carry out projects to which the community objected.

Some of the dangers to the environment, according to their website, are water contamination, decreased property values, soil contamination, depletion of the water table, increased heavy traffic and occasional pipe-line explosions.