Posted by Beth Scullion 330sc on 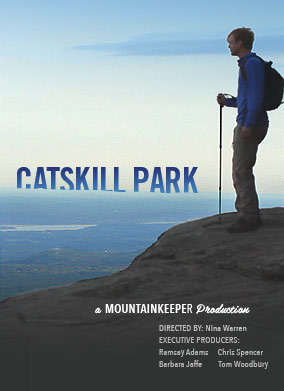 Join us on Saturday, October 18th for the world premiere screening of Catskill Park, a short documentary directed by Nina Warren.

Screening is at 2:15pm at the Upstate Films I in Rhinebeck, NY - to purchase tickets, click here. The screening will be followed by a casual after party at the Terapin Restaurant.

What’s so special about the Catskills? Why has this area inspired so many over the last two centuries? The film explores this question in interviews with many who have discovered the magic of this place. They consider the historical role of the Catskills as a mecca for recreation, health, and artistic pursuits. They consider their personal connections to The Catskills. And they look at its critical role as the watershed that not only supplies water to millions in the New York metropolitan area but stands as a role model for the rest of the country. Interviews include artists, historians, environmentalists, farmers, residents and visitors