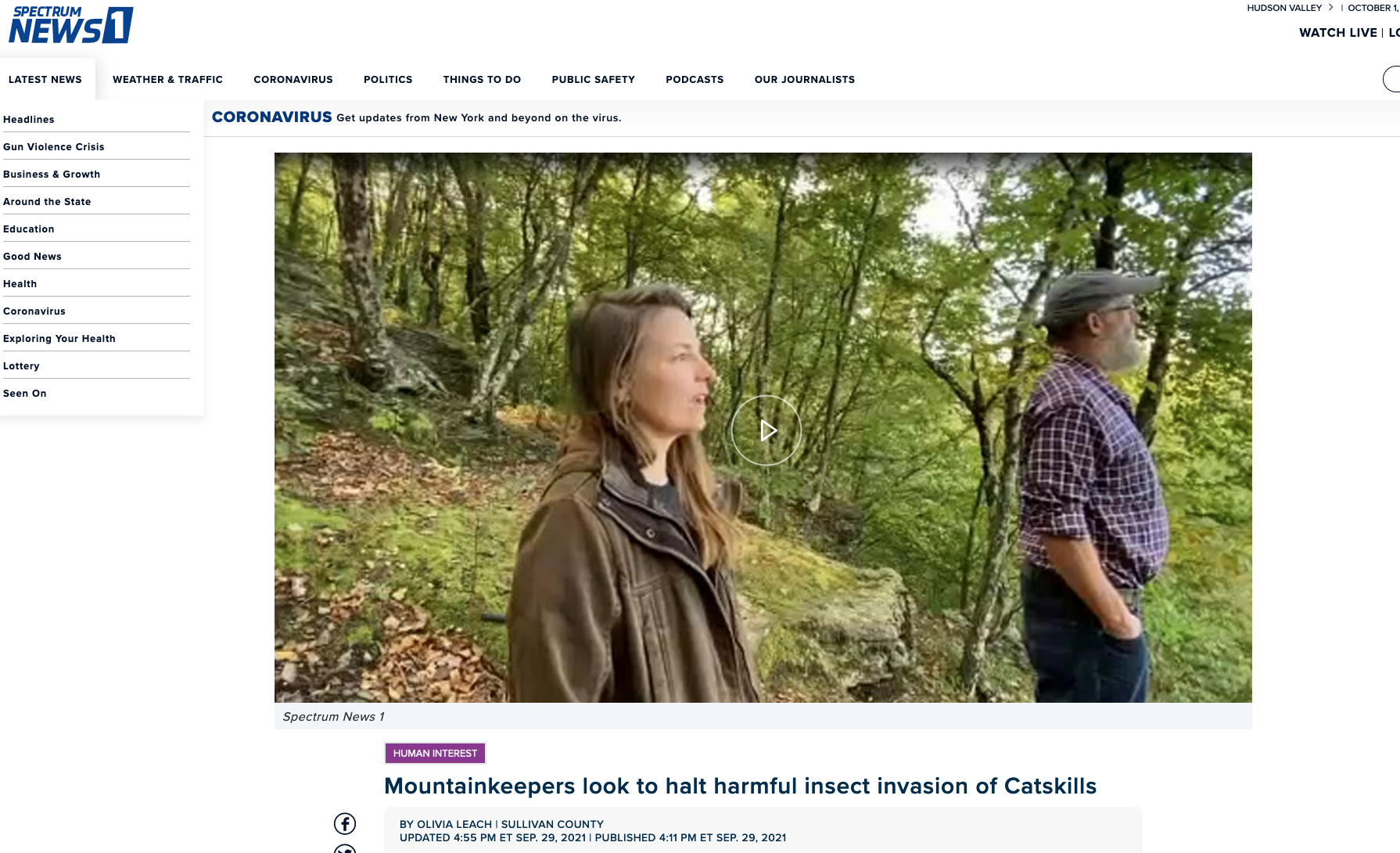 It’s autumn in the Catskills and Hudson Valley, packed with opportunities to catch the fall foliage, an attraction that drives the local economy, but now has an unwelcome visitor.

The state's tourism website's Fall Foliage Report predicts parts of Sullivan County in the Catskills could see a 30% change in fall foliage this weekend.

"I'm biased, but I love the Catskills," said Catskill Mountainkeeper conservation manager Wes Gillingham. "The colors, the red maples get really vibrant, the sugar maples are really vibrant, and then the mix of trees that are here with the beech forest and yellow birch. It just has a character that you don’t find some place else."

But something has Gillingham and Katharine O’Connor, manager at Catskill Mountainkeeper, concerned.

There are several invasive species threatening the trees that give the fall landscape its vibrant colors.

The hemlock wooly adelgid is an invasive forest insect that’s been killing hemlocks for decades, and is moving into eastern New York.

"As we start to lose hemlocks from the landscape, they kind of fade out and become sort of a ghostly pale color, so we'll lose that striking green on the landscape," O'Connor said.

Ash trees are also at risk from the emerald ash borer, which leaves gnarly exit holes and markings on their victims.

"On an emotional level, there's definitely grief at the idea of losing places that are special on the landscape, not just personally to me, but again, that are really vital to ecosystem function," O'Connor said. "Hemlock is a foundation species. I think about the trout, the porcupines that rely on them heavily as a winter food source."

The best thing to do if you see these invasive species is to report them using an app like Imap Invasives, which sends data about the pests to agencies working to control their spread.

"That’s a real concern, what that will change and what it will look like," Gillingham said. "I'm sure it will still be beautiful because the earth has the ability to replicate itself over and over again, despite what we do, but it won't be the same."

Catskill Mountainkeeper just received a $75,000 grant to fight the spread of the hemlock wooly adelgid.

They’re hoping their efforts will help protect the fall foliage for years to come.