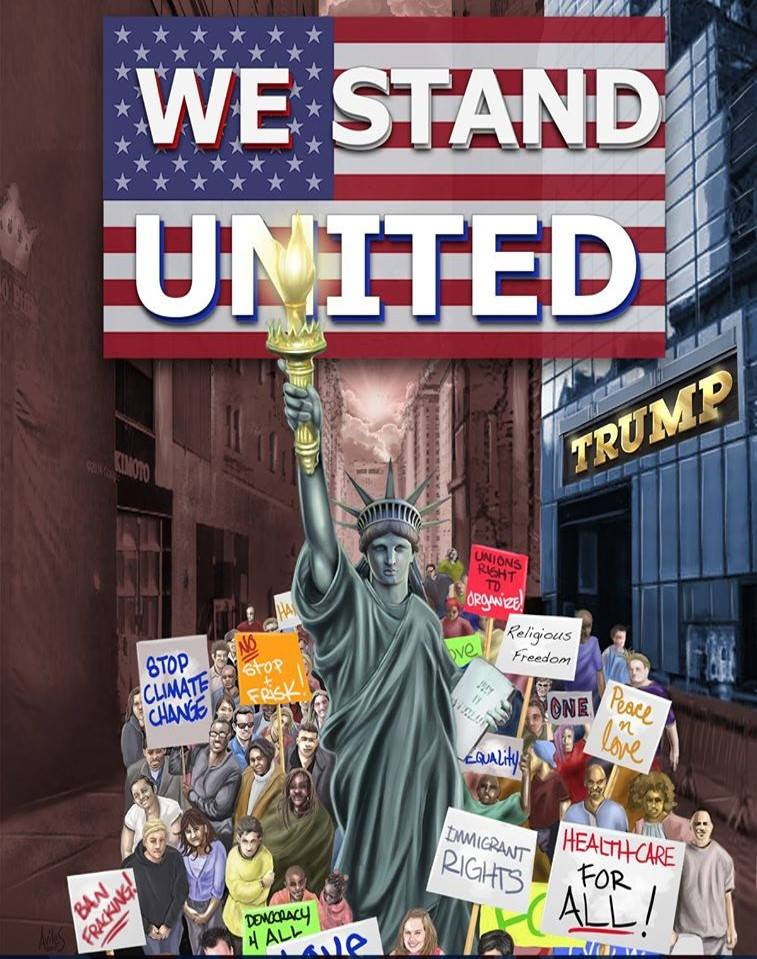 We plan to hold a rally outside of Trump International Hotel & Tower near Columbus Circle at 6:00 pm to stand united and send a message to President-elect Trump and Congress that New York will protect the rights of people and the environment.

A diverse group of organizations will come together on the evening before the Inauguration to make clear to President-elect Trump and Congress that New Yorkers will continue to work to make real progress on important issues such as healthcare, climate change, social justice and immigrant rights. New York City and cities across the country will work in solidarity with people fighting to advance the causes of racial, social, environmental and economic justice.

News story about the event: http://www.nbcnewyork.com/news/local/Trump-Inauguration-Protest-Mayor-De-Blasio-Al-Sharpton-Mark-Ruffalo-Michale-Moore-Rosie-Perez-Greenpeace-MoveOn-410734835.html

You can also join us for the Women's March on Washington on Saturday, January 21st. The rally begins at 10:00 am and ends at 1:15pm, we will be marching at 1:15pm. If you would like to join us on our bus leaving from Liberty, NY to Washington, DC, you can purchase a ticket by clicking here. We have a limited number of seats left on the bus, so get your tickets now!