Fracking 2.0 – The Fight Against Gas and Oil Infrastructure

NO NEW PIPELINES – Join us in Schoharie, NY for a press conference and rally to Stop theNortheast Energy Direct Pipeline

At a time when we should be weaning off fossil fuels and prioritizing clean, green, sustainable energy policies, we are seeing a proliferation of fossil fuel infrastructure projects.

The latest is the Northeast Energy Direct Pipeline, which would go through Susquehanna County in Pennsylvania, parallel the proposed route of the Constitution Pipeline in much of New York and into Massachusetts and New Hampshire 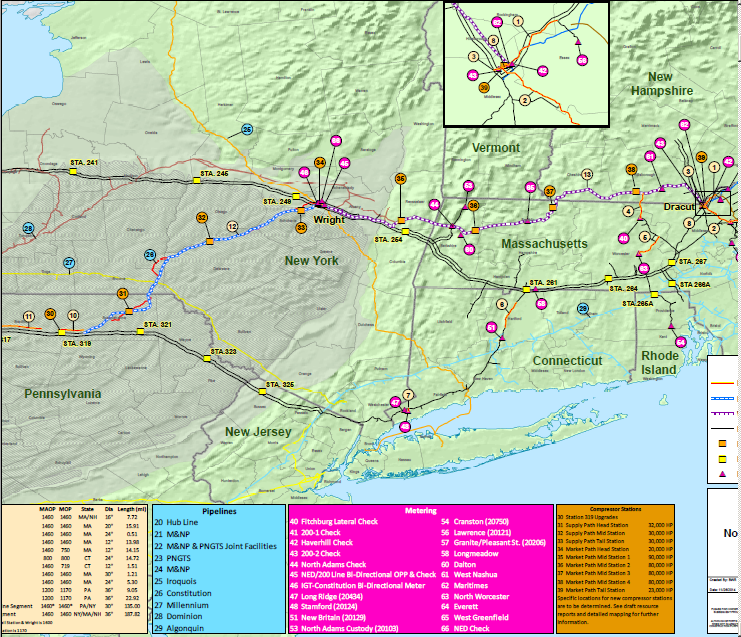 It would be built by the Tennessee Gas Pipeline Co., a subsidiary of Kinder Morgan, a company whose other infrastructure projects have been plagued by leaks and explosions, including two large and dangerous spills in residential neighborhoods in Canada.

If the Northeast Energy Direct Pipeline is approved, eminent domain could be invoked for land on the pipeline route.  This will affect many of the same property owners who have had their land seized for the Constitution pipeline.  This is particularly egregious since much of the gas that would be transported would likely be exported to more lucrative markets. Taking private property for corporate profit just isn’t right.

What makes the fight against infrastructure different from our fight against fracking in New York is that The Federal Energy Regulatory Commission (FERC) controls the process at the federal level.  They have a history of rubber-stamping applications. But FERC is starting to feel the heat.  Cheryl LaFleur, chair of FERC said recently that pipelines are facing unprecedented opposition from local and national groups including environmental activists.

Here are two things that you can do to help us keep up the pressure.

Join Mountainkeeper, Peter and Bethany Yarrow, and Mohawk leaders at a press conference/rally on April 6, 2015 at the first “open house” by Kinder Morgan to discuss the pipeline.

Send a letter to Senator Schumer and Senator Gillibrand asking them to exert their influence tostop this massive infrastructure build out.