Renewable energy is defined as energy that comes from resources that are continually replenished such as wind, sunlight, rain, waves, tides and geothermal heat.  It is clean, produces minimal emissions, affordable, available domestically and the supply is effectively infinite. 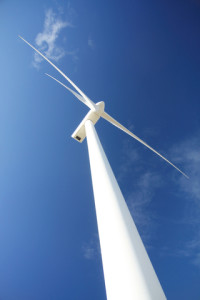 It works by using the natural cycles of the energy around us, such as the movement of wind and water, the heat and light of the sun and warmth from underground to supply energy in a sustainable way.

Most importantly renewable energy can meet our energy demands in the future.  The June 2012 National Renewable Energy Laboratory (NREL) report (Renewable Electricity Futures Study) concluded that “Renewable electricity generation from technologies that are commercially available today, in combination with a more flexible electric system, is more than adequate to supply 80% of total U.S. electricity generation in 2050 while meeting electricity demand on an hourly basis in every region of the country.” A study team headed by Mark Z. Jacobson of Stanford University examined the feasibility of converting New York State’s all-purpose energy infrastructure to one using wind, water and sunlight and concluded that this could be accomplished by 2030.  Jacobson says, “There are no technological or economic barriers to converting the entire world to clean, renewable energy sources.  It is a question of whether we have the societal and political will.”

Five years after signing one of the nation’s most progressive pieces of energy legislation into law, Massachusetts continues to see strong growth in solar, wind, efficiency and high-technology jobs throughout the clean energy industry.  A recent report from MA found that they have created double the jobs in clean energy that PA has created in natural gas.

Renewable energy technologies generate electricity with a minimum of pollution or carbon emissions and have the potential to significantly reduce our reliance on coal and other fossil fuels.  By expanding renewable energy, such as solar, wind, and geothermal we can improve air quality, reduce global warming emissions, create new industries and jobs, and move America toward a cleaner, safer, and affordable energy future.