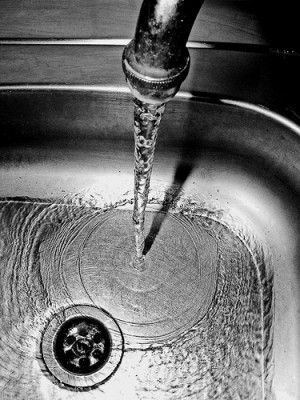 Officials for the natural gas industry are quick to point out that a process called hydraulic fracturing has been in use for more than 60 years without a single documented case of groundwater contamination by the chemicals used to make gas flow more freely from wells.

But U.S. Rep. Diana DeGette is just as quick to respond that it’s hard to document contamination when no one outside of the industry knows exactly what kinds of chemicals are being injected along with high-pressure water into wells to force open rock formations thousands of feet below the surface.

On a recent conference call with reporters to discuss a hydraulic fracturing — or “fracking” — bill she plans to introduce this week, DeGette, a Democrat from Denver, said most of the evidence of well-water contamination or groundwater spills is anecdotal because state and local officials don’t know what chemicals are being used.

DeGette cited the case of an emergency room nurse in Grand Junction who suffered organ failure last year after treating a natural gas worker who was coated with fracking fluids.

In a statement, DeGette and U.S. Rep. Maurice Hinchey, a Democrat from New York, a co-sponsor of the pending legislation, point to “troubling incidents around the country” in which people living near drilling operations have fallen ill. The lawmakers say chemicals known to be used in the process include “diesel fuel, benzene, industrial solvents and other carcinogens and endocrine disrupters.”

Industry officials argue the process is already regulated by state agencies and that the types of chemicals being used are trade secrets that can give them a production edge over competitors. They say the exemption from the Safe Drinking Water Act granted during the Bush administration in 2005 is needed to protect desperately needed domestic energy-sector jobs.

“[Fracking’s] got an exemplary safety record and it’s vital to ensuring an American energy source,” said Kathleen Sgamma, director of government affairs for the Independent Petroleum Association of Mountain States (IPAMS). “Keep in mind that it has been regulated by the states for the last 60 years.”

Sgamma said fracking uses 99.5 percent water and sand, with the remaining percentage comprised of chemicals such as food additives, food-worthy thickeners, chlorine, bacteriasides and emulsions to thicken the mixture.

But the word of the industry isn’t good enough for Hinchey, whose district in New York’s Catskill Mountains has been the focus of stepped-up drilling activity in recent years. He said he’s heard from property owners around the country who have experienced water problems resulting from natural gas drilling.

“What we’re trying to do is restore a safe, solid, secure piece of legislation passed back in 1974 [the Safe Drinking Water Act], which had a positive effect and should be put back in place for the obvious reasons — to protect the security and safety of people across the country, to make sure their wells aren’t contaminated,” Hinchey said.

Just across the border in northeastern Pennsylvania, Carolyn Wells, who lives part time near the town of Dimock, said natural gas drilling in the mostly rural area is destroying her formerly peaceful escape from her primary residence in New York City.

“People started leasing their land like crazy during the past two years, without reading the fine print or doing any research on what it means. All they see is dollar signs that they think they will get,” Wells said, counting at least 20 neighbors whose drinking water wells are contaminated with fracking fluids. “I can’t believe people will sacrifice clean air and water for money. Doesn’t do too much good if your environment is toxic or you get cancer.”

But in Colorado, a spokeswoman for Williams, an energy company with one of the better environmental reputations on the Western Slope, discounts the notion that drinking water is being fouled by fracking fluids anywhere in the country.

“Hydraulic fracturing is really misunderstood and it’s really been misrepresented,” said Susan Alvillar, community affairs representative for Williams. “It’s such a necessary part of our business, but unless you’ve got processed water in a truck that spills into a drinking water source or a stream, hydraulic fracturing 8,000 feet underneath the ground is not going to commingle those fluids and gas with drinking water.”

In Colorado, Alvillar said, the state is more than capable of monitoring and regulating the process. IPAM’s Sgamma, who admitted there are occasional incidents, agreed: “Accidents happen, and companies are liable if they make a mistake, and they pay fines or rectify the situation.”

But DeGette made the case that the quality of water flowing from Colorado’s Western Slope impacts states like Utah, Wyoming, Arizona and New Mexico, making federal oversight even more important. And she pointed out that not all states have the tougher new drilling regulations Colorado recently adopted.

“I must say I’m very proud of my home state of Colorado for passing these new stringent regulations, but all the states have not passed regulations that are the same,” DeGette said. “And the reason we passed the Safe Drinking Water Act in the first place is that we decided that safe drinking water is a national priority and that the standards should apply to everybody.”

DeGette called the jobs argument a scare campaign because her bill won’t add undue industry expense and contains provisions to allow for proprietary confidentiality when it comes to detailing the types and percentages of fracking fluids being used.

“I’ve been hearing hyperbole like this is going to put millions of people out of jobs and so on,” DeGette said. “I don’t know if the oil and gas companies don’t understand the bill or if they’re intentionally misrepresenting the bill, so I think there is an educational campaign to be made to members of Congress on both sides of the aisle.”

Williams’s Alvillar, though, said Colorado’s new, environmentally tougher drilling regulations are in part to blame for the recent decline in drilling activity on the Western Slope, and another layer of federal regulation certainly won’t help the industry.

“I do know, from reading other media accounts, that it is impacting our contract workforce,” Alvillar said of the regulations. “We don’t have as much work for them to do. People, for instance, like Halliburton, who are running our well service, I know it’s impacted their workforce.”

The war of words over water is nothing new for Colorado.

Other industry watchers attribute the downturn in natural gas drilling on the Western Slope on the larger effects of the global economic crisis that caused oil and gas commodity prices to drop substantially.