The Delaware is the longest free-flowing (un-dammed) river in the United States east of the Mississippi, extending 330 miles from the juncture of its East and West branches at Hancock, NY, to the mouth of the Delaware Bay where it meets the Atlantic Ocean. 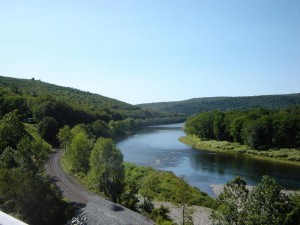 It is an incredibly important ecological and cultural region, and rich in natural resources.

In 1961, in an effort to protect and manage such important resources, President Kennedy and the governors of Delaware, New Jersey, Pennsylvania, and New York created  a regional governing body to jointly manage this river system without regard to political boundaries. Thus the Delaware River Basin Commission (DRBC) was born. Since that time, the DRBC has provided leadership in restoring the Delaware River and protecting water quality, holding true to its vision to “be the leader in protecting, enhancing, and developing the water resources of the Delaware River Basin for present and future generations.”

However, as time has passed, and the demand and strain on natural resources increases, the efforts of the oil and gas industry to gain access to the Delaware River has also increased. The DRBC is facing applications and requests not imaginable at its creation in 1961.

In May 2009, the DRBC Commissioners determined that they have the ability to review all gas drilling activities in the Basin. They made this decision in part because of the many risks fracking poses to water quality and community health. A year later, the Commissioners voted unanimously to hold off on any decisions regarding drilling until new regulations were developed and adopted. This created a de facto moratorium on fracking in the Basin, which remains in place to this day.

Following that, several industry groups and landowners in Northeastern Pennsylvania - the Wayne Land & Mineral Group - sued the Delaware River Basin Commission (DRBC) in federal court, challenging its ability to regulate any type of development and particularly fracking. The groups allege that Pennsylvania, their target for fracking activities in the Basin, did not cede its authority to regulate development in joining the DRBC. Although recently dismissed due to the plaintiffs’ lack of standing, the premise of this lawsuit threatens the Commission's multi-state review process and could trigger efforts to expand fracking in the Delaware River Basin in states that permit this dangerous practice. Given the nature of this lawsuit, it is vitally important for the DRBC to institute a full ban on fracking and fossil fuel development, thus preserving the DRBC’s legacy as protectors of this precious natural resource. 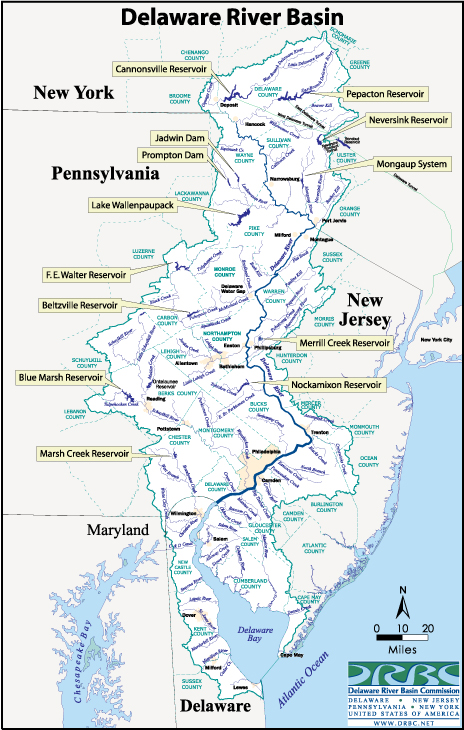 Opening the Basin to drilling would endanger unique systems of biodiversity and all the life that depends on them. Hydrofracking, along with the build-out of fossil fuel infrastructure, is the wrong direction for our communities and climate. We know through scientific research that fracking in the Basin would put our air, water, land, and the community health of millions of New Yorkers, and millions more of our neighboring states' community members at risk—merely for the possibility of a small amount of natural gas extraction. When fracking was banned in NY in 2015, numerous studies showed its adverse health impacts. Today there are exponentially more – from less than a few dozen in 2011 to more than 1,000 today - speaking volumes about why NY executed a ban and why a ban should also be implemented for the Delaware River Basin.

While a de facto moratorium in the Basin has effectively prevented drilling, we know industry is still knocking at the door, and we know that under this administration, we can no longer count on the federal government to protect us from the greed and dangers of the oil and gas industry. We must also recognize that New York’s ban on high-volume hydrofracking will not protect the border waters of the Delaware, making a ban directed by the DRBC the only way to ensure environmental protection for this ecological masterpiece. That is why it is critical that we stand together to call on the DRBC to protect us and the Delaware River Basin.