FORESTBURGH — Developers have pitched Sullivan County’s largest housing proposal in its smallest town, planning houses and luxurious amenities on a huge piece of property, where pine trees grow for miles.

“The issue from my perspective is that building NYRI adjacent to or close to or within our right of ways would create problems in terms of maintaining and running and upgrading our line, which is a critical backbone in the state’s transmission infrastructure,” Kessel told the Observer-Dispatch.

The staff of the New York state Public Service Commission, which is evaluating NYRI’s application, has recommended the line instead follow the route of the Power Authority’s existing Marcy South line, which also runs from Marcy to downstate.

The commission does not have to follow the staff’s recommendation.

NYRI spokesman David Kalson said the company would abide by the commission’s decision on the route.

“NYRI is interested in building a line from point A to point B, and the actual route is the domain of the Public Service Commission,” he said. “They are the choosers of the final route.”

“I think it would be given considerable weight,” he said.

Kessel called the NYRI proposed route “extremely difficult and problematic,” though he declined to take a position on that route himself.

“I think there is a tremendous amount of discomfort with it along the route,” he said. “I just don’t see that happening.”

Steve DiMeo, the local representative on the multi-county NYRI opposition group Communities Against Regional Interconnect, pointed to part of the power authority’s testimony in the commission’s NYRI evaluation that seemed to indicate that Marcy South could be converted to direct current, or DC, transmission, which may be more efficient.

“(New York Power Authority) has said they can convert their Marcy South line to DC, and in their testimony they pointed out a number of reasons why that would be better than NYRI,” he said. “We believe NYPA has proposed an alternative to NYRI.”

The proposed NYRI line would be a DC line.

HYDE PARK — Gov. David Paterson announced the release of $5 million in funds to train alternative energy workers at mid-Hudson community colleges Monday.
The surprise announcement came in midst of an alternative energy conference at which Paterson praised his newly appointed “senator in waiting” Kirsten Gillibrand.
As representative for the state’s 20th Congressional District, Gillibrand, a Democrat, was one of the sponsors of the event.
Paterson announce the creation of a “clean energy training consortium” that will be spearheaded by Ulster County BOCES and will involve programs at Orange and Sullivan, Dutchess and Rockland community colleges
“This should be a real shot in the arm,” the governor said.
Paterson gave the kenynote address at the standing room only conference.
It was an ideal platform for Gillibrand to take the spotlight as the new senator from New York. Paterson named her Friday to take the seat of Hillary Clinton, who has been appointed as secretary of State in the Obama administration.
Elements of the training programs are already up and running at the various community colleges. For instance, SUNY Ulster has a lot of solar effort underway.

The Allman Brothers Band, Gov’t Mule, Richie Havens, Coheed and Cambria and many others will perform at Mountain Jam V, May 29-31, at Hunter Mountain in the Catskills.

The concert will once again be staged by WDST (100.1 FM) in Woodstock and Warren Haynes, guitarist for the Allmans and the Mule. Click on the link to the right for the full story.

Tickets will be available Monday. Visit www.mountainjam.com for information.

MONTICELLO — Sullivan County environmental groups that oppose gas drilling in western Sullivan, casino gaming in Thompson, the landfill expansion in Monticello and the mushroom plant in the southern Town of Mamakating are getting together. 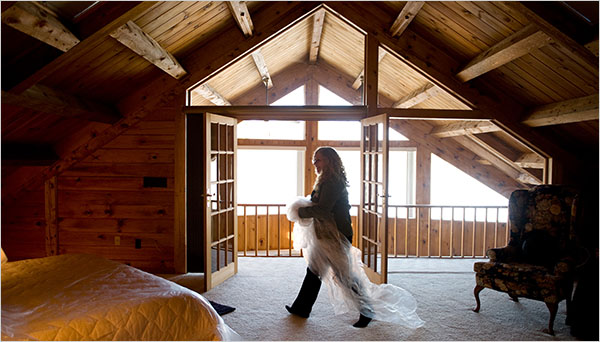