The groundbreaking American conservation movement originated in the Catskill Mountains, 6,000 square miles of mountains, rivers, forests, and parkland considered America’s First Wilderness. Though just 100 miles north of New York City, the region’s natural state has been remarkably preserved, thanks to the state constitution that designated a quarter of a million acres "forever wild" forest and the region’s importance as the watershed for New York City and almost half the state. Yet natural beauty is not what many people know the region for: Mention "The Catskills" and most Americans of a certain age conjure either nostalgic or dreaded notions of resort vacations from another era.

Please sign this petition that is asking for a moratorium on gas drilling in Tusten and Highland townships. Thank you! This is an issue that will soon impact all of Sullivan County. 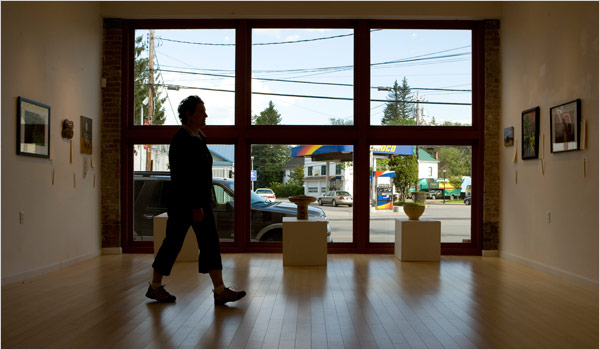 The quest for riches in the Marcellus Shale Formation is off to a rocky start — at least in parts of northern Pennsylvania.

invites you to its